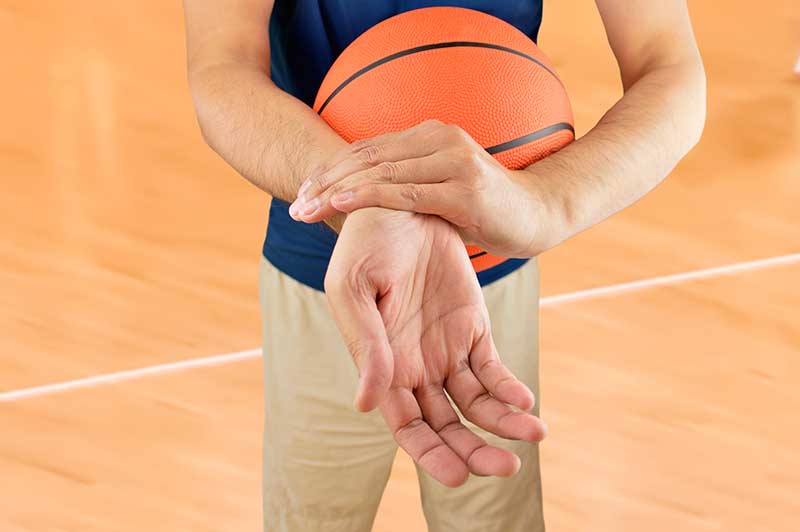 Triangular Fibrocartilage Complex (TFCC) is a complex network of ligaments, tendons and cartilage between the two main bones of the forearm at the wrist level. This complex network stabilizes the forearm and provides flexibility and movement capacity. An injury or tear to this portion of the forearm causes the TFCC injury with pain, swelling, instability, weakness and tenderness along the wrist. A TFCC injury can be causes from an injury or degenerative breakdown of the cartilages covering the tendons and ligaments in the network.

Distal Radioulnar Joint Subluxation wrist strain is a similar condition affecting the wrist where the two bones in the forearm fits together in a ball and socket joint. An injury to the wrist causes instability in the wrist joint and the two bones rub against each other causing DRUJ injury. DRUJ wrist strain is caused due to an injury or degenerative arthritis causing damage to the ligaments surrounding the joint and exposing the bones. The condition causes pain, swelling, tenderness and stiffness in the wrist joint with limited range of motion. 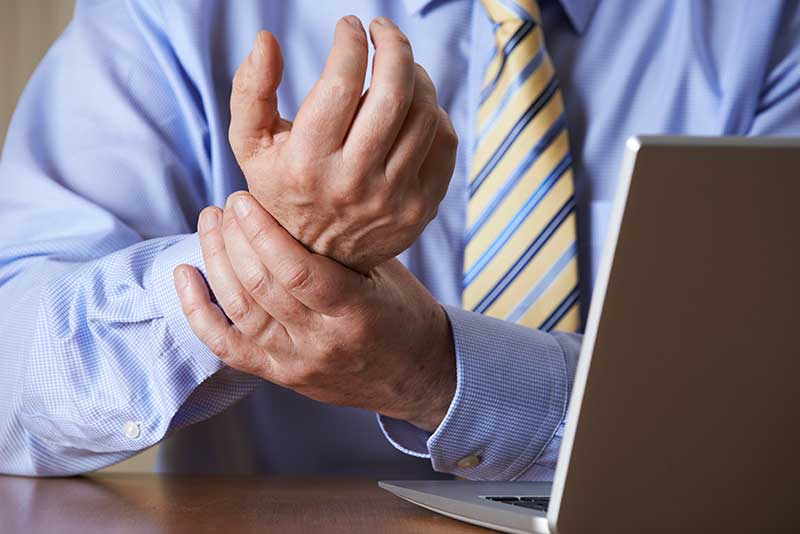 The doctor examines the wrist and may order an x ray or MRI to understand the cause and severity of the condition affecting the wrist.

Conventional treatment options include medications to reduce the pain along with POP Plaster cast and surgical procedures to tighten the ligament groups and to realign the forearm bones in proper position followed by physical therapy to regain the flexibility and strength of the wrist.

1) Prolotherapy for TFCC/DRUJ wrist injuries: The first line of treatment in these cases is POP plaster cast. However, some patients suffer from pain even after this and are advised surgery. Prolotherapy can be a viable alternative to surgery. Prolotherapy is a natural and cost effective alternative method to surgery. Prolotherapy is an almost painless injection technique under local anesthesia where very thin needles are used to inject high concentrations of dextrose solution (sugar similar to glucose) in to the region of TFCC injury. Prolotherapy works by increasing the glucose concentration in the fluid outside the cells. This results in movement of fluid from inside the cells through the cell membrane to the outside of the cells thereby shrinking the cells and causing temporary cell damage (hyperosmolar damage). As the cells are temporarily damaged, they release many biosignals to the body which results in stimulation of the local immune system of the body to accelerate the inflammatory process locally resulting in increased local blood circulation, fibroblast (fibrous cell) proliferation, ligament/ tendon regeneration, tightening and repair. This treatment method has the ability to strengthen the existing intact, but weakened, ligamentous and tendinous structures in the DRUJ joint as well as TFCC wrist. Along with the treatment technique, it is important to perform series of movement and muscle strengthening exercises to strengthen the already weakened muscles due to the compromised joint condition.

At Beth Yehuwdah Arthritis Centre, Pullad and Daystar Clinic, Alappuzha we have facilities to treat you and help you to recover from the above mentioned medical conditions affecting the wrists. To know more about TFCC/ DRUJ wrist injury treatment and costs, book an appointment now.