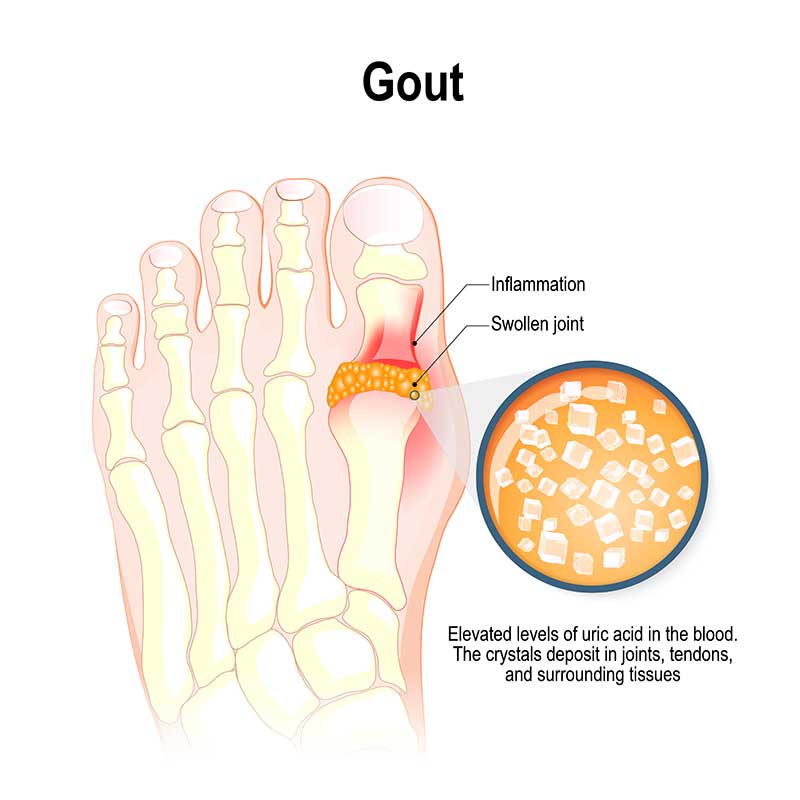 Gout is a complex form of arthritis characterized by severe and sudden attacks of pain, redness, swelling and tenderness in the joint/(s) especially the big toe and foot. The affected joint is usually hot, tender and swollen causing joint pain which is intense and limited range of motion. The major cause of gout condition is due to the accumulation of urate crystals in the joint and surrounding tissue that cause pain, inflammation and swelling. Gout may cause tophi (swellings) around the elbows and earlobes.

The doctor performs joint fluid test, blood test to calculate levels of uric acid in the blood. X-ray imaging may be conducted.

Usually involves medications to treat acute attacks and prevent future attacks and these include Nonsteroidal anti-inflammatory drugs, Colchicine, Corticosteroids, medications that block uric acid production and medication that improves uric acid removal. Plenty of water intake is usually advised. Foods containing high Uric Acid like red meats, lentils, spinach, alcohol, high fructose corn syrup containing foods should be avoided and their intake reduced. Additionally, affected joint/(s) may be given steroid injection locally. NESTIT (Neural and Soft tissue Infilteration Therapy) which is an injection treatment originally developed by Dr Tejaz K John in 2010, in Guyana, South America may be given in some patients with Gout, who have other forms of Inflammatory Arthritis co-existing with Gout Arthritis. 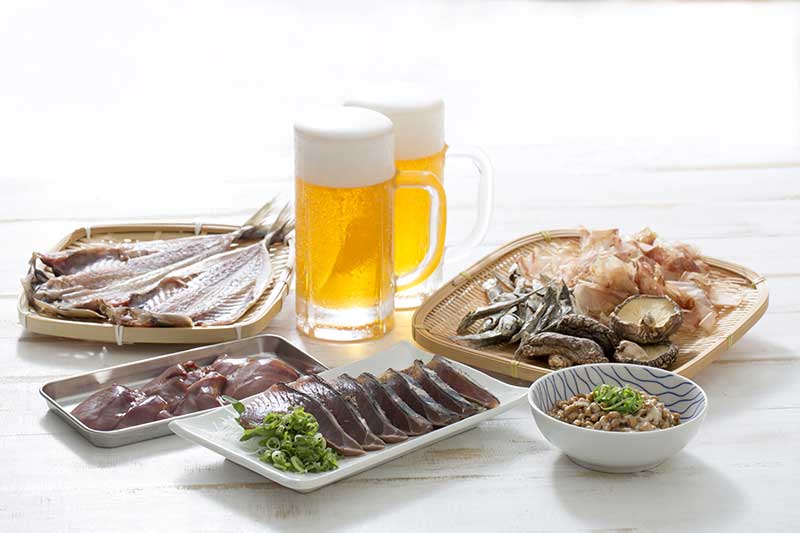 To know more about Gout treatment plans and treatment costs, book an appointment now from one of the best Gout Treatment center in Kerala.