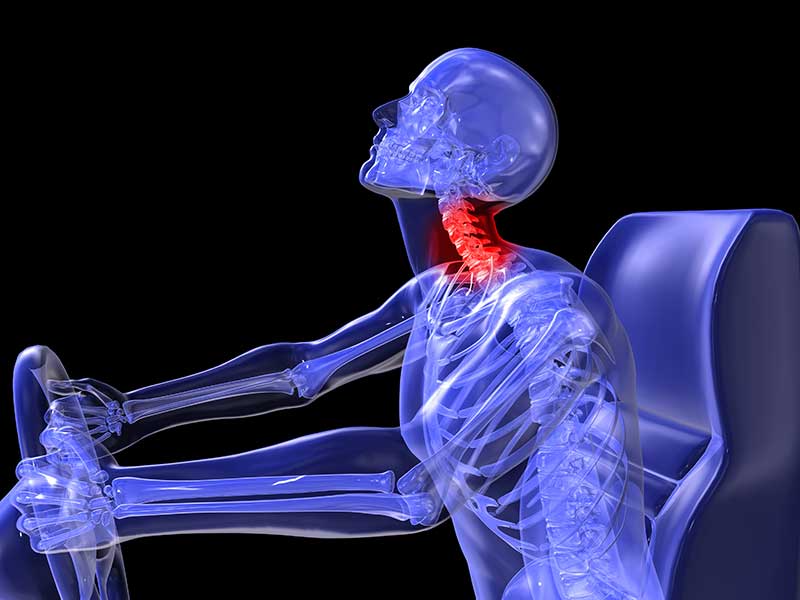 Whiplash also known as neck sprain or strain is a condition caused by an injury to the neck. This could be a forceful movement of the neck, during an accident, sports accident, physical abuse or other trauma. Brachial neuritis-The nerves that control the shoulder, arm, and hand become inflamed resulting in a condition termed as brachial neuritis. These nerves run from the spinal cord along the neck and shoulder into the arm and form the brachial plexus. The condition causes severe pain in your shoulder and limiting movement. The exact cause of this condition is unknown.
Symptoms of Whiplash Injury to neck:

Symptoms usually develop within 24 hours to upto 1 week after the injury and include: 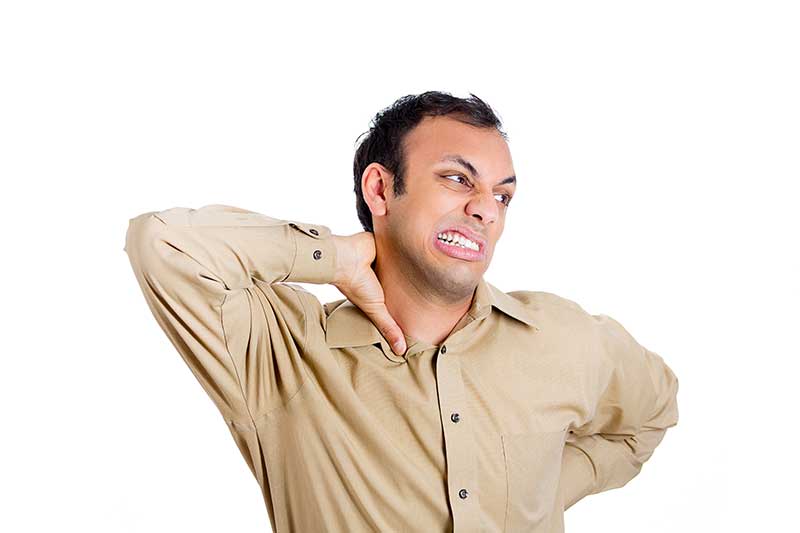 Injury from auto accidents, physical abuse, contact sports, and forceful movement of the head back and forth. 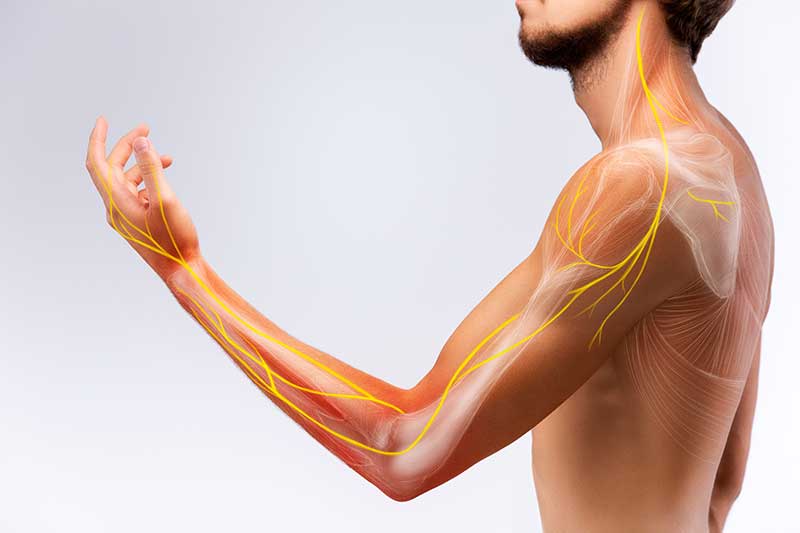 Diagnosis: During the physical exam for a patient with suspected Whiplash Injury the doctor will involve the patient in simple tasks that require movement of move the head, neck and arms. . For Brachial neuritis, the doctor conducts an examination to look for painful muscles and test the shoulder movement and strength and neurological examination of the upper limb. Other tests include x-rays from multiple angles to identify fractures, dislocations or arthritis in the neck. Computerized tomography produces multiple cross-sectional images of neck bone and reveals details of any bone damage. Magnetic resonance imaging (MRI) may be ordered by the doctor, which produces detailed 3-D images to detect major soft tissue/ nerve injuries and damage to the spinal cord & disks.

The aim of the treatment plan is to control pain and restore normal motion in the neck and depends on the severity of the whiplash injury. Pain management: Muscle relaxants and numbing medicine to reduce pain before physical therapy. Physical therapy: A series of stretching and movement exercises to help improve neck motion to strengthen muscles, improve posture and restore normal movement. Foam collars: Used for whiplash injuries to hold the neck and head still. Transcutaneous electrical nerve stimulation (TENS): this technique applies a mild electric current to the skin to lessen neck pain. 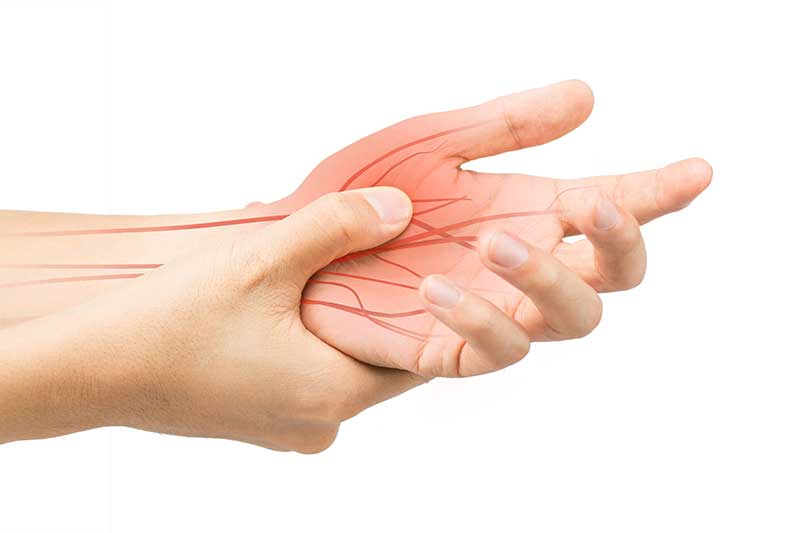 Brachial neuritis is treated with a combination of medication and physical therapy.  The surgical procedure to treat this condition is to remove the damaged nerves and are repaired using grafts taken from healthy nerve to restore normal muscle function.

Whiplash Injuries less commonly referred to as Hyper-extended neck injuries, usually presents a complex and frustrating problem for many patients; that leaves many trying to prove to their doctors that something is really wrong with them. Whiplash injuries are commonly known to be difficult to diagnose and treat. X-rays may not reveal any injury to the cervical spine and as a result, these injuries may often go undiagnosed and patients are find themselves without proper treatment for their condition.

During whiplash injury, the head suddenly snaps back, and then immediately snaps forward. This sudden snapping of the head back and forth can be severe – even in a low velocity collision. The delicate neck bones and soft tissue structures of the neck are often compromised and injuries frequently occur. Injuries can be to the vertebrae itself which can be seen on X-ray or to the soft tissue that supports them, which may not be picked up by even the most advanced imaging devices. The neck ligaments and tendons can be stretched or damaged, as well as muscles themselves.

Prolotherapy for Whiplash Injury of Neck

The use of Prolotherapy for neck and whiplash related symptomatology was first published in 1962. Prolotherapy is an injection technique that stimulates the ligaments to repair themselves. Prolotherapy involves the injection of a hyperosmolar dextrose into the damaged ligaments and muscle attachments of the neck region. This causes stimulation of the local immune system to attempt the repair of the ligaments and soft tissues, allowing them to be tightened and strengthen gradually, improving dynamic stability in the neck which puts an end to muscle spasms and resolves pain.

Here is a statement from the medical journal Childs Nerv Syst. 2015: “As important as the vertebral ligaments are in maintaining the integrity of the spinal column and protecting the contents of the spinal canal, a single detailed review of their anatomy and function is missing in the literature.” Unlike muscle tissue, ligaments and tendons have a poor supply of blood to regenerate them. This is why ligaments can remain in a weakened and irritable inflammatory state and may not heal. The neck pain patient may have history of trauma or overuse to the Spine that result in injury to various spinal ligaments that hold the vertebrae and spinal processes in place. Ligaments can bear a normal amount of stress that causes them to stretch up to their natural limit, returning back to their normal length once the stress is removed. If added (traumatic) stress is applied on the ligament, it is stretched beyond its natural range of extension, and subsequently fails to return to its original length but instead remains permanently overstretched resulting in plastic deformation, diminishing its integrity and attachment to the bone. This causes ligament and soft tissue loosening and subsequent Spinal Instability.

Prolotherapy is an almost painless injection technique under local anesthesia where very thin needles are used to inject high concentrations of dextrose solution (sugar similar to glucose) in to loose and damaged ligaments, tendon and muscle attachments around the osteoarthritic joint/ entheses. Prolotherapy works by increasing the glucose concentration in the fluid outside the cells. This results in movement of fluid from inside the cells to the outside of the cells thereby shrinking the cells and causing temporary cell damage (hyperosmolar damage). As the cells are temporarily damaged, they release many biosignals to the body which results in stimulation of the immune system of the body to accelerate the inflammatory process locally resulting in increased local blood circulation, fibroblast (fibrous cell) proliferation, ligament regeneration, tightening and repair. In Dr Tejaz John’s experience, Prolotherapy is an effective non surgical treatment method used successfully in Whiplash Injury to Neck. This treatment method has the ability to strengthen the existing intact, but weakened, ligamentous and tendinous structures in the neck region. Along with the treatment technique, it is important to perform series of movement and muscle strengthening exercises to strengthen the already weakened & injured muscles.